On the evening of September 9, 2016, the Zijin Hall of Beijing International Hotel, the group of talented people, the guests gathered, "Redstone Sunshine New Third Board listing conference and thank you cocktail party" was held here! VIPs from all over the country gathered together to witness the milestone of the successful listing of Redstone Sunshine. 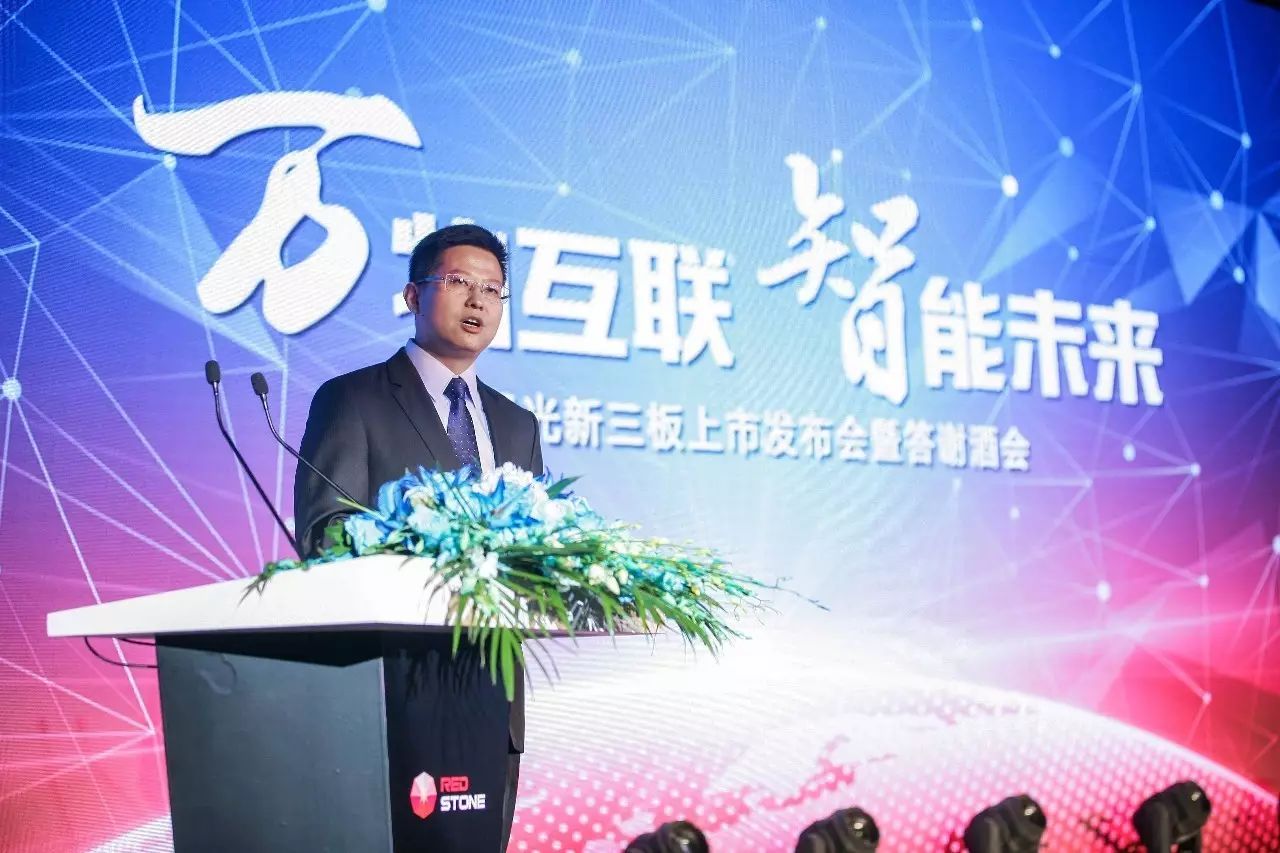 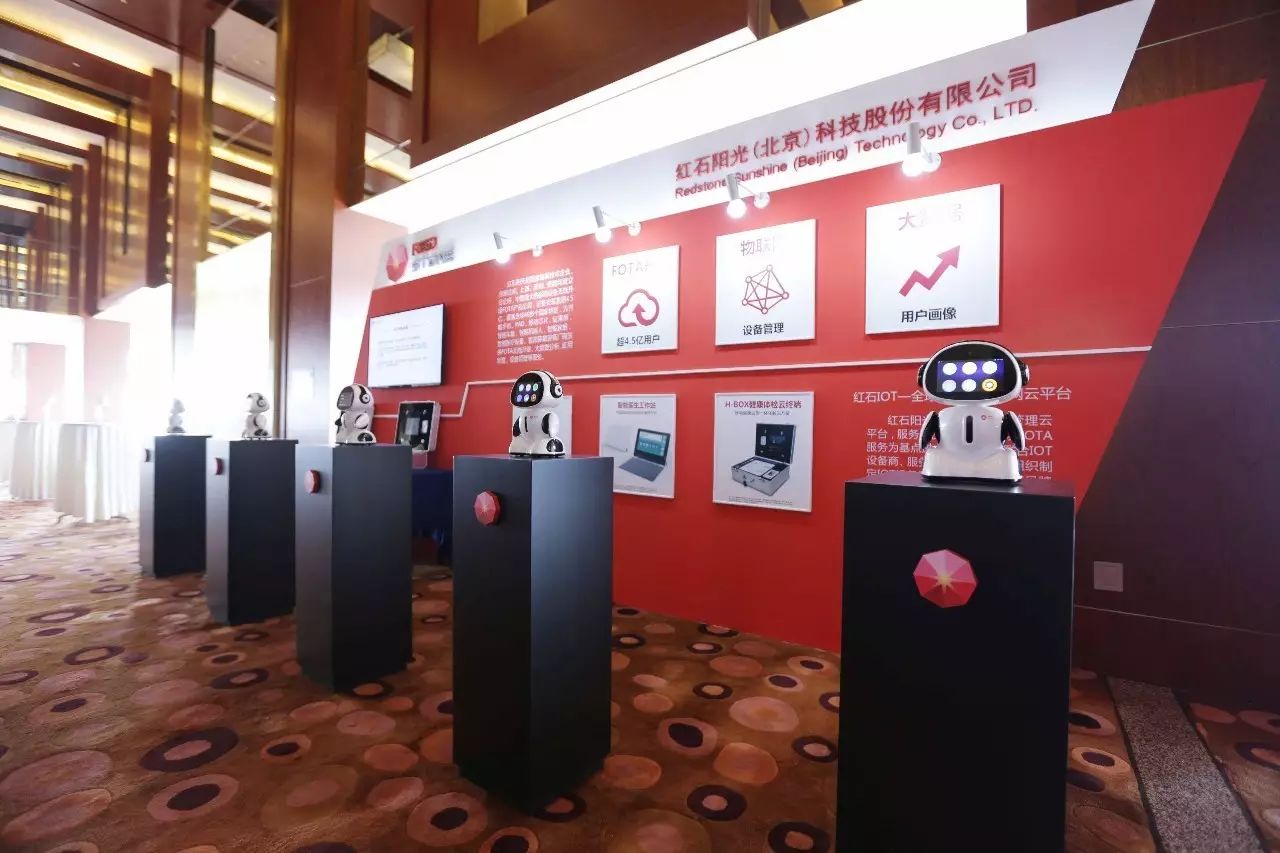 The product display area of Hongshi Sunshine exhibited products such as intelligent robot small U, smart doctor workstation, H-BOX health check cloud terminal, etc., which attracted the attention of the guests present and came to experience. At the same time, the wonderful performances (laser show, fancy bartending, JAZZ band banquet) interspersed with the cocktail party, let the guests attending the event have an unforgettable night.

At 17:30, the exciting opening show "Laser Show" instantly ignited the atmosphere, and its unique creative ideas and exquisite performances presented a dazzling light and shadow effect. The fantastic opening laser SHOW opened the mysterious curtain of the 2016 "Red Rock Sunshine" conference. It symbolizes the infinitely beautiful future of “Red Rock Sunshine”, which indicates that “Redstone Sunshine” will erect a high-end technology brand banner in Beijing. It not only helps the development of the technology industry, but also strengthens the determination and passion to promote the vigorous development of the technology and interconnection sector!

After the show, as the host of the chairman of the board, Han Liguang, gave a speech. He and the guests reviewed the development of "Redstone Sunshine" and expressed sincere gratitude to friends, customers and partners for their long-term support for the company's development. He said that Redstone Sunshine can have today's achievements. The most important thing is that everyone here has always been helping and supporting. Everyone is a noble person in the life of Redstone Sunshine. The road to Redstone Sunshine is very difficult. In the process, we have had troubles and many confusions, but we never thought about giving up. Redstone Sunshine will cherish the development opportunities of listing, leverage the capital market, enrich and improve the industrial chain, continue to innovate, and actively enterprising, and accelerate to enter a new stage of development. 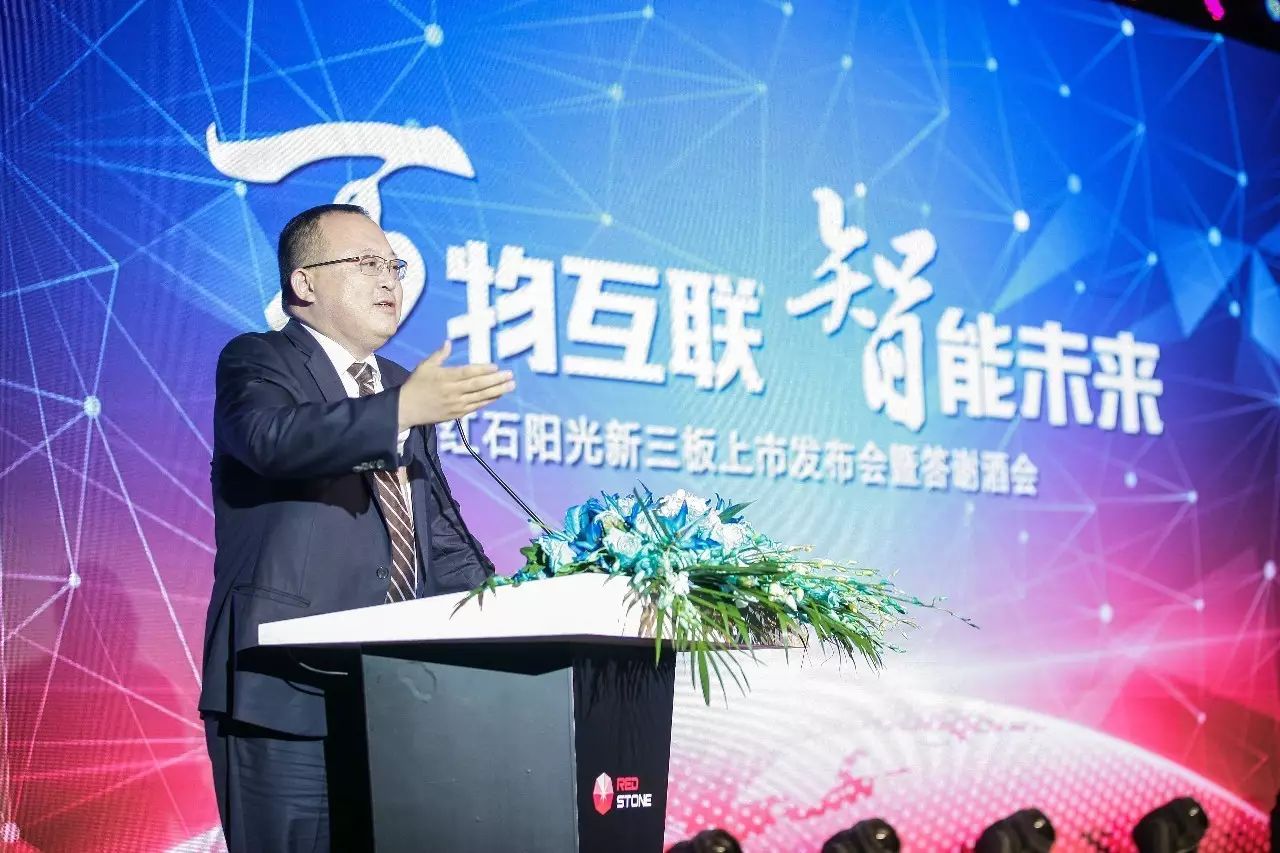 In the warm applause of everyone, Mr. Fu Gang, the chairman of Baiyang Pharmaceutical Group, and some enterprises on behalf of China Mobile Group, Lenovo Group and LeTV Mobile delivered speeches and expressed their warm congratulations on the successful listing of Redstone Sunshine. Redstone Sunshine can seize the opportunity of development, take the opportunity of listing, and make persistent efforts to lead the Internet of Things industry to constantly surpass and develop! 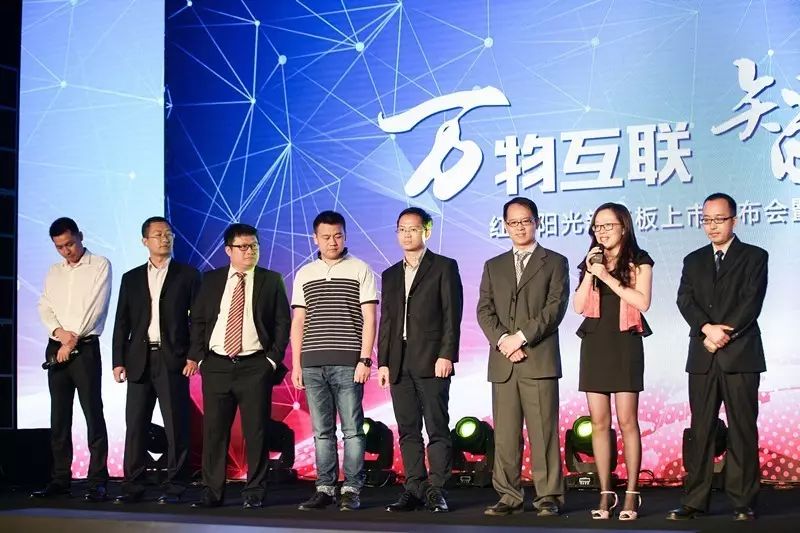 Immediately after entering the most important link, the “launch launching ceremony”. Mr. Han Liguang, CEO of Redstone Sunshine, Mr. Fu Gang, Chairman of the Board of Representatives of Baiyang Pharmaceutical Group, Mr. Chen Xuesi, Vice President of Hongshi Sunshine Sales, Mr. Gu Yongfei, Technical General Manager, and Mr. Liu Jingzhou, Director of Redstone Sunshine, came together to launch Redstone. The listing ceremony of the sun. Then the five people slowly poured water into the crystal table, and the white mist around the diamond table, like a living object, is expanding in the way of its strange flow, close to the ground, and then the big screen lights up. Redstone Sunshine stock code: 838371, thank you for the climax of the reception. Finally, Mr. Han cut the birthday cake for the guests, and the guests took a group photo to witness the beautiful moment and congratulate the successful listing of Hongshi Sunshine. The atmosphere of the whole reception was warm, and the guests frequently toasted, wishing the future of Redstone Sunshine to a higher level! "Redstone Sunshine New Third Board Launch Conference and Appreciation Reception" came to a successful conclusion, and it was another bloom of Redstone Sunshine! Today, Redstone is inseparable from the support and trust of customers and friends. We believe that under the joint efforts of all, the Redstone Sunshine Market will get better and better! Today, let us sail together!

Covering 226 countries and regions around the world