Mobile phones have experienced several generations of development: Ericsson and Motorola in the analog mobile era, Nokia in the digital age, Apple in the intelligent age... Every wave has a specific wave. Just as cars are becoming more and more like mobile phones, becoming a must-have item for contemporary people, not a luxury, cars are experiencing such subversion.

The car is a passion that many people never tire of. The pleasure of driving a car in the late night city ring, the test drive in the 4s shop to find the happiness of the beloved car... is an unforgettable moment for many people. However, the excitement and pain of a car owner is the same thing - the release of a new car.

As Tesla entered the market and brought OTA, everyone realized that the car can be upgraded and upgraded to acquire new functions like a mobile phone, so that the owner can continue to get the pleasure of driving a "new car" for a long time.

OTA English full name Over-the-Air Technology, that is, air download technology. Upgrade your system by downloading a software update package from the server over the network. 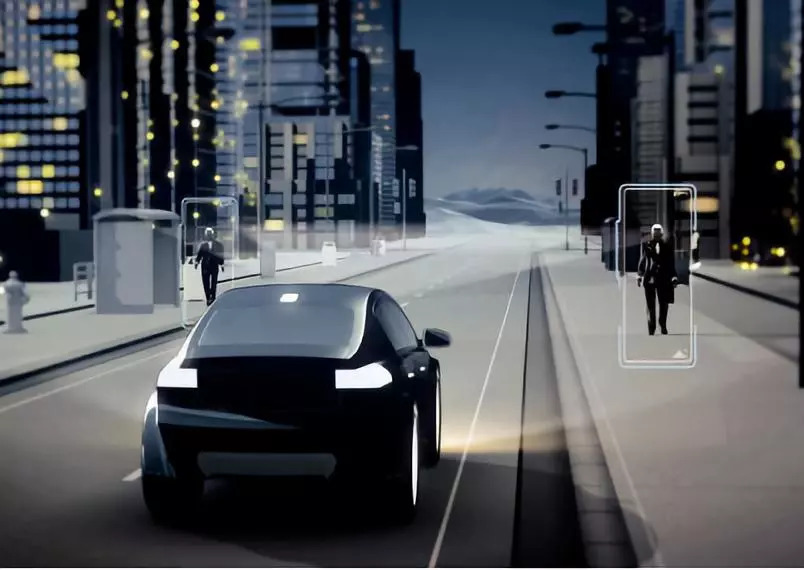 What is the significance of OTA?

One of my friends bought their first car in 2006 and chose the 1.8T turbocharged Volkswagen Touran. He is keen to "change the car", such as changing a brand-name spark plug, changing a BBC wheel and so on.

The highest level of change to the car is to brush the ECU, using the brush ECU to squeeze the remaining power of the engine. For example, a "performance car" with an acceleration of 8.5 seconds in 100 kilometers can improve the score of 0.6 seconds by brushing the ECU. Of course, on the one hand, this is officially banned, and it will lose its warranty. On the other hand, car owners also need to pay at least 5,000 yuan for this.

If your car has an OTA, congratulations, even if you are a novice, you can spend a penny without any thoughts, and complete the driving performance breakthrough with one click.

As early as 2017, Tesla announced that its Model S and Model X can get OTA air upgrade service, and the S 100D model directly increases the 0-100 km acceleration by 1 second. Note that this is from 4.3 seconds to 3.3 seconds! Putting it in a petrol car, brushing the ECU can't make this happen. There is absolutely no other way than to change the engine.

Going to the 4s store is really troublesome. For anyone driving a car, going to a 4s shop is always a hateful thing. It means that the car is old and the car is broken; it takes time to go out and it costs money to repair it...

Even if you spend so much time and energy on upgrading your system to a 4S store, you often fix bugs instead of adding features or improving performance. I personally drove to the 4S store, which is a world of difference when you have OTA technology and a button on the car.

3 Increase new functions such as auto driving and entertainment

Safety is the foundation of everything. With the increasing degree of electronic electronics, whether the vehicle encounters software failure or software update, the current offline store recall mode is not the best choice to meet the user experience.

As the cost of recalling the manufacturer's security issues is getting higher and higher, and most of the problem updating software can be repaired, the owner of the road to fix the problem in the first time is the core element to ensure the safety of the car. With the OTA update capability, the owner can When the vehicle is in a static state with a network, the upgrade is performed in real time, which greatly reduces the time cost and safety hazard of the owner, and greatly reduces the recall cost of the vehicle manufacturer.

For the entire industry

If you compare the car's factory configuration to your college degree, then having an OTA is like continuing to learn and progress after graduation, and vice versa. The two states are of course a thousand miles.

2 From the front industry

In the mobile phone, Apple has let us see that the future development of software is the general trend.

3 From the perspective of the car industry itself

Whether it is Pioneer Tesla, or the traditional veteran BYD, Toyota, Volkswagen have focused on OTA technology.

How to get the best OTA technology

The booming development of OTA technology has created an endless stream of service providers in the market. How to ensure that your OTA technology is the best?

At present, Chery, BYD, Hangsheng, Wingka, Conkes and other traditional automobile manufacturers have reached cooperation with Otto Technologies on the OTA technology. At present, the Redstone OTA platform has a total of 724,900 vehicles, which is added daily. OTA activated 2,200 vehicles online.

Redstone Sunshine is the  provider of OTA solutions and is committed to providing your users with a differentiated experience of high quality. Redstone Sunshine strives to provide stable, reliable and unique products and services to its global partners.